The statistical nature of the ionizing process during the passage of a fast charge particle through matter results in a large fluctuations of the energy loss (Δ) in absorber which are thin compared with the particle range.

The number of electron-hole pairs (J) is related to Δ by the expression J=Δ / P, where P is a proportional factor, for the silicon equal to 3.68 eV. Both Δ and J are stochastic quantities. The probability function f(Δ) and φ(J) are usually called energy loss distribution or straggling function.

They may be characterized schematically by the position of the maximum of distribution function (Δp) and the full width at half maximum (w). The Δp is located at lower value compared to the mean energy loss obtained from Bethe-Bloch ‹Δ› (Fig.1).

Theoretical calculation of this distribution have been carried out by Landau and Vavilov , each of these solution however have a different region of applicability and the distinguishing parameter in all these theories is the ratio k= ‹Δ› / Emax where Emax is the maximum transferable energy in a single collision. Landau solved this problem for all the situation where k ≤ 0.01 deriving the expected energy loss distribution by solving an integral transport equation:

Here f(x,Δ) represents the distribution probability that the incident particle will lose an amount Δ of energy on traversing a layer of thickness x. W(E)dE denotes the probability per unit path length of a collision transferring energy E to an electron in the material. The function W(E)dE is not generally known but Landau was able to derive an approximate solution by using the free electron (Rutherford) cross section:

In the previous equation, z is the charge of incident particle, Z and A are the atomic number and weight of the material and ρ is the density. The Landau distribution is therefore given by [1]

with φ(λ) a universal function of the variable λ only

where CE is the Euler constant equal to 0.5772. The Landau distribution, fL(Δ), is asymmetric with a tail extending to Emax with a maximum for λ=-0.229 and w=4.018ξ. This tail is mainly due to fast emitted δ-rays. The energy loss corresponding to the maximum of the function fL(Δ) is the most probable energy loss [2]

where I is the mean excitation potential and δ the density correction. (click here to download the Matlab Landau Fit) 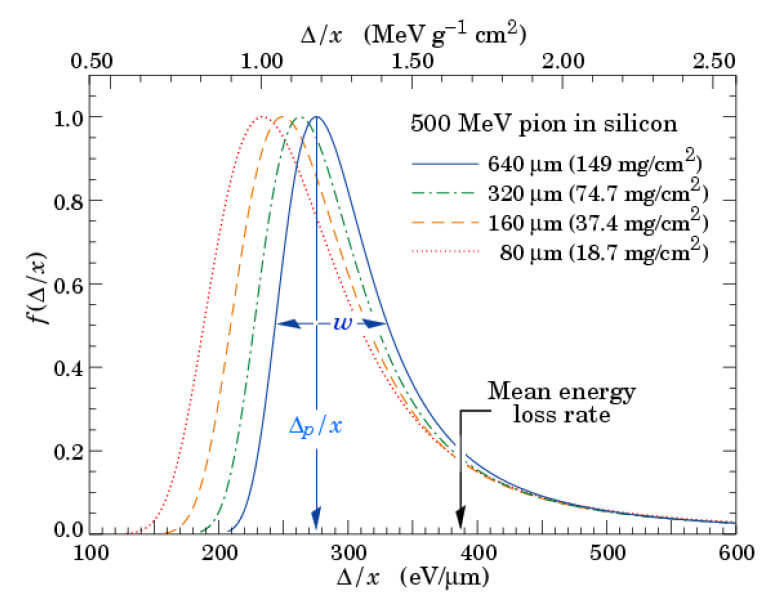 Fig.2 Stopping power for positive muons in cupper Straggling functions in silicon for 500MeV pions, normalized to unity at the most probable value Δp/x . The width w is the full width at half maximum.

Subsequently Vavilov [3] derived an improved solution which takes in account the spin of the incident particle and introduced the physical limits coming from Emax. For the collision cross section Vavilov used the form

Vavilov also demonstrated that his solution tends to the Landau function for k ≤ 0.01, region where ‹Δ› is approximated to ξ. For instance for 300 um silicon detectors, the convergence is already achieved by protons with momenta larger than 550 MeV/c. For k > 10, the number of collision is very large and, for the Central Limit Theorem, the Vavilov function coincides with Gaussian distribution, where the standard deviation is 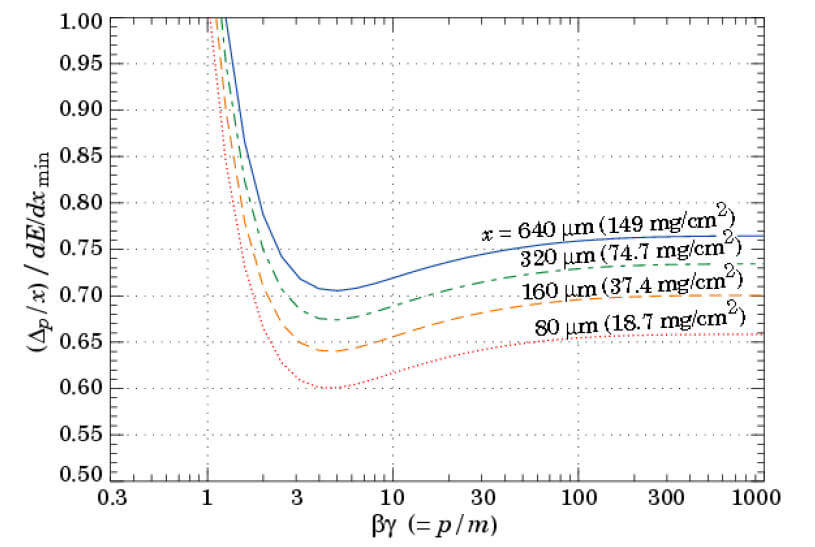 Fig. 3 Most probable energy loss in silicon, scaled to the mean loss of a minimum ionizing particle,388eV/μm (1.66 MeVcm2/g).

Landau-Vavilov solutions have been derived under the assumption that scatterings occur on quasi-free electrons. Therefore they neglect the electron binding energies. This assumption is a valid approximation only for close collisions.

Further corrections to the theory taking into account the fact that the electrons in the material are not free have been attempted by Blunck and Leisegang [4], Shulek [5] and Bichsel [6].

In the case of solid media these calculations are aimed at the experimental observation that while the most probable energy loss agrees rather well with the prediction of the theory the width of the distribution is broader than expected and cannot be accounted for by electronic noise or imperfect resolution. The effect is particularly noticeable for very thin absorbers [7], of the order of a few hundred μm or less. The modified energy loss distribution can be improved by using a modified cross section to take into account the electron binding energy and the atomic shell structure. The modified energy straggling function can be expressed as:

where fi is the fraction of electrons in that shell. In silicon this approaches a value

The resulting improved energy loss distribution has an overall value of w, which is roughly given by:

As the material thickness decreases, δ2 becomes more and more the dominant term, which determines the overall w of the straggling function. Conversely, it is not expected to provide an additional broadening of the distribution at large thicknesses.