Ten amazing facts about the LHC

The secret number of the large hadron collider.

The LHC (the Large Hadron Collider) is the biggest machine ever built by humans. Check below these 10 amazing facts about the LHC that will blow your mind and share it with your friends. 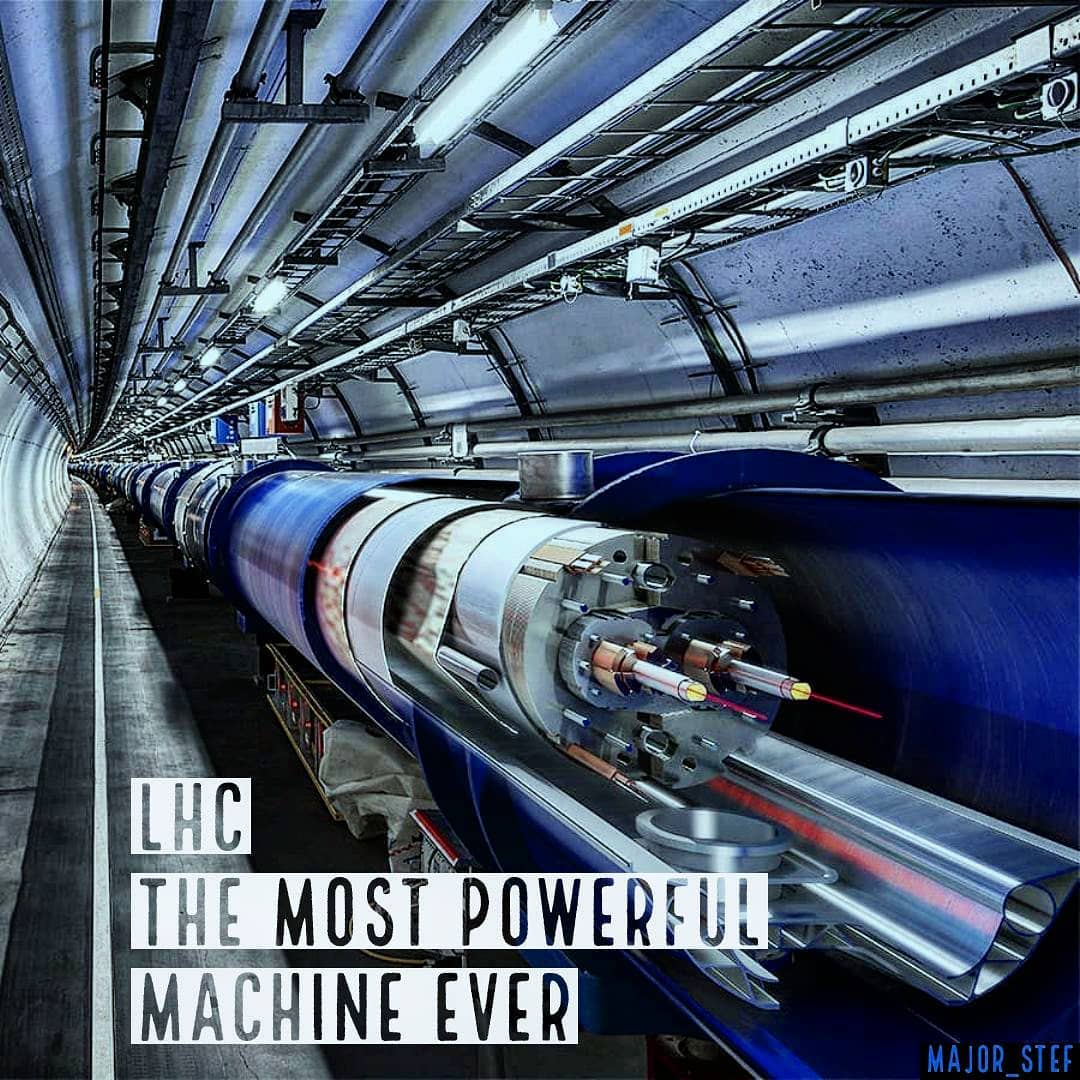 Fact 1 - When the 27-km long circular tunnel was excavated between the lake of Geneva and the Jura mountain range, the two ends of the tunnel met up to within 1 cm. The LHC re-uses the 27-km circumference tunnel that was built for the previous accelerator called LEP. The tunnel was built at an average depth of 100 m, due to geological considerations (translated into cost) and with a slight slope of 1.4%. Its depth varies between 175 m (under the Jura) and 50 m (towards the Lake of Geneva).

Fact 2 - Each of the 6000-9000 superconducting filaments of niobium-titanium coiled between them to make up the LHC cables is 0.007 mm thick, about 10 times thinner than a normal human hair. If put one after another they would stretch from the Earth to the Sun and back six times with enough leftovers for about 150 trips to the Moon. Superconductors are key for the construction of the 9600 magnets installed in the LHC. Each type of magnet contributes to optimizing the particle’s trajectory and offsetting the effect of the tides. Not everybody knows that the Earth’s crust rises by around 25 cm in Geneva under the effect of these ‘ground tides’, causing a variation of 1 mm in the circumference of the LHC and producing major changes in beam energy and trajectory.

Fact 3 - The protons accelerated at CERN are obtained from standard hydrogen. Although proton beams at the LHC are very intense (each bunch containing 1.15x10^11 protons in a beam size of 3.5 micrometres), only 2 nanograms of hydrogen are accelerated each day. Therefore, it would take about 1 million years to accelerate 1 gram of hydrogen.

Fact 4 - The central part of the LHC is the world’s largest fridge. At a temperature colder than the deep outer space, it contains iron, steel and the important superconducting coils. 120 tons of helium are required by the LHC machine to keep the magnets at their operating temperature of 1.9 K.

Fact 5 - At the same time, LHC can reach unbelievable hot temperatures, more than 100.000 times the temperature measured at the center of the Sun. This is achieved by accelerating and colliding together two beams of heavy ions, an epic scientific event that takes place every day, 40 million times per second.

Fact 6 - The ultrahigh vacuum achieved in the LHC beam pipes is comparable to the atmosphere of the Moon. The beam vacuum pressure is 10^–13 atm, low enough to to avoid collisions between the beam protons and the spurious gas molecules in the beam.

Fact 7 - Protons in the LHC travel at 0.999999991 times the speed of light (when LHC operates at the design energy). Each proton goes around the 27 km ring more than 11.000 times a second. A beam might circulate for more than 10 hours, traveling more than 10 billion kilometers, enough to get to Neptune and back again. The particles are so tiny that the task of making them collide is like firing two needles 10 kilometers apart with such precision that they meet halfway.

Fact 8 - At full energy, each of the two proton beams in the LHC has a total energy equivalent to a 400 tons train (like the French TGV) traveling at 150 km/h. This is enough energy to melt 500 kg of copper. However, in absolute terms these energies are not impressive if compared to the energies we deal with every day. 1 TeV is about the kinetic energy of a flying mosquito. What makes the LHC so extraordinary is the capability to squeeze that energy into a space about a million million times smaller than that mosquito.

Fact 9 - The CMS magnet system contains about 10000 tons of iron, which is more iron than in the Eiffel Tower.

Fact 10 - The data recorded by the big experiments at the LHC are enough to fill every year around 50.000 hard disks with 1 TByte memory each or corresponding to a stack of about 10 million standard DVDs.

Shocking right? Write down your comments and do not forget to share it with your LHC's lovers' friends.

More info can be found in the CERN brochure