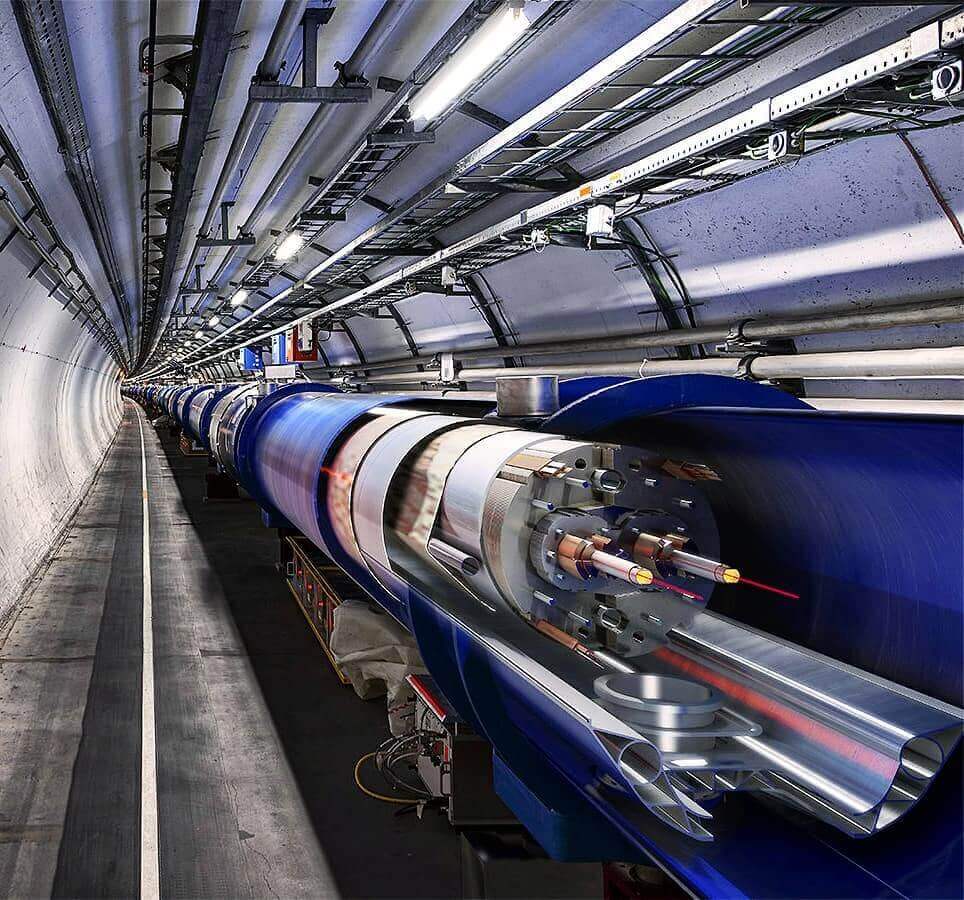 The energy bands are actually regions of many discrete levels which are so closely spaced that they may be considered as a continuum, while the "forbidden" energy gap is a region in which there are no available energy levels at all. Since the Pauli principle forbids more than one electron in the same state, the degeneracy in the outer atomic shell energy levels breaks to form many discrete levels only slightly separated from each other. As two electrons of opposite spin may reside in the same level, there are as many levels as there are pairs of electrons in the crystal. This degeneracy breaking does not affect the inner atomic levels, however, which are more tightly bound.

The highest energy band is the conduction band. Electrons in this region are detached from their parent atoms and are free to roam about the entire crystal. The electrons in the valence band levels, however, are more tightly bound and remain associated to their respective lattice atoms.

The width of the gap and bands is determined by the lattice spacing between the atoms. These parameters are thus dependent on the temperature and the pressure. In conductors, the energy gap is nonexistent, while in insulators the gap is large.

At normal temperatures, the electrons in an insulator are normally all in the valence band, thermal energy being insufficient to excite electrons across this gap. When an external electric field is applied, therefore, there is no movement of electrons through the crystal and thus no current. For a conductor, on the other hand, the absence of a gap makes it very easy for thermally excited electrons to jump into the conduction band where they are free to move about the crystal. A current will then flow when an electric field is applied.

At 0 K, in the lowest energy state of the semiconductor, the electrons in the valence band all participate in covalent bonding between the lattice atoms. 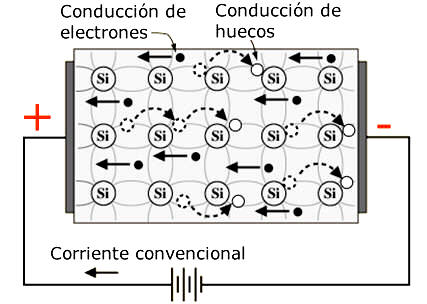 At normal temperatures, however, the action of thermal energy can excite a valence electron into the conduction band leaving a hole in its original position. In this state, it is easy for a neighboring valence electron to jump from its bond to fill the hole. This now leaves a hole in the neighboring position. If now the next neighboring electron repeats the sequence and so on, the hole appears to move through the crystal. Since the hole is positive relative to the sea of negative electrons in the valence band, the hole acts like a positive charge carrier and its movement through the crystal also constitutes an electric current.

In a semiconductor, the electric current thus arises from two sources: the movement of free electrons in the conduction band and the movement of holes in the valence band. This is to be contrasted with a metal where the current is carried by electrons only.

The energy W required to create an e-h pair in a semiconductor by a charged mass particle traversing the medium depends on the band gap energy Eg of the material and hence, although only slightly, on the temperature.

The measurements of this quantity show a nearly linear dependence on the band gap energy, and the linear fit to the data obtained for different materials gives [1]

The energy for charge carrier generation is always higher than the band gap energy due to the possible additional excitation of phonon and plasmon states. Phonon excitation transfers energy to the lattice, and the energy transferred appears finally as heat in the detector.

The plasmon is the quantum of the valence electron density oscillations with a mean energy of 17 eV for silicon. The valence electrons are those of the M-shell and they are only weakly bound to the atoms. Thus, they may be considered as a dense and nearly homogeneous density gas, i.e. plasma of negative charge carriers in the semiconductor material volume.